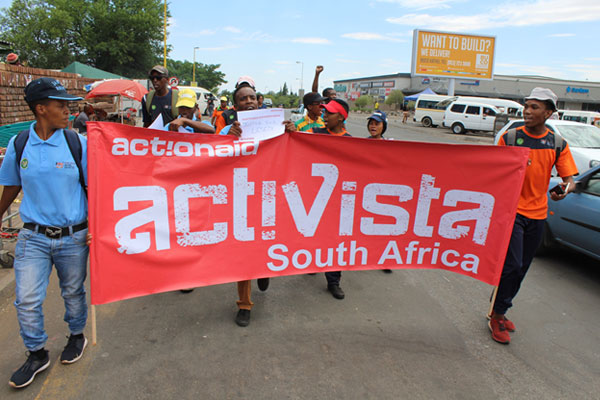 Gender based violence and Intimate Partner Violence is violence that occurs between men and womxn in relationships, in the home, at the workplace and in the community. Gender violence and intimate partner violence is about power and control.
This kind of violence takes the form of physical, emotional, sexual, economic or spiritual abuse, e.g. rape, domestic violence, sexual harassment. It creates fear, breaks down self-esteem and makes people do things they do not want to do, limits behaviour and movement and physically harms.
Generally, there is a focus on the abuse of womxn by men; whilst incidents of violence against men do occur (and domestic abuse within same sex relationships); violence against womxn is more common and usually more severe. Not all womxn and men are victims or abusers. However, when a man does abuse a woman, families, friends and the community often fail to condemn this act of violence. By doing nothing, they are passive accomplices and allow perpetrators to continue in the belief that they have the right to abuse their partners. This problem continues unchallenged because of women’s limited knowledge of and access to their legal, economic and social rights and power within society, and this is what ActionAid South Africa (AASA) is committed to change.
ActionAid South Africa (AASA) has committed itself to transforming the 16days of activism against violence of womxn and children to a full 365 days. It realizes that whenever violence takes place somewhere it is an infringement of a human right and, as an organisation that works toward preserving the human rights it is its duty to aid those who are victims and come about a way to help end this terrible act.