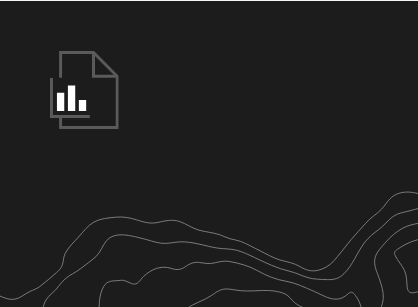 In the February SONA, President Ramaphosa said that government would be “strengthening the functioning of various specialised units such as the Family Violence, Child Protection and Sexual Offences Units and improving our administrative and record keeping capacity at all levels.” He also said “we are expanding and dedicating more funds to places of support, such as the Thuthuzela Care Centres and Khuseleka Care Centres”.

As Civil Society Organisations supporting womxn impacted by the scale of the violence directed against us, we believed the President when he said that government had “listened to the call to make funds available to combat Gender-Based Violence, and have allocated funding in the current budget to support the decisions taken at the
Summit.” We felt that our call had been heard and anticipated that the National Treasury and the various mandated departments would follow through and this would be reflected in the budget speech.

However, the budget presented by Minister Mboweni did not indicate where government intends to reallocate the money from for these functions. It therefore appears that President Ramaphosa was merely paying lip service to the eradication of Gender- Based Violence and Femicide with no political will to follow through.

Violence against womxn in South Africa has become widespread and normalised. South Africa’s femicide rate is almost five times the global rate. According to the World Health Organisation, South Africa’s femicide rate was 12 per 100,000 in 2016, whereas the global average is 2.6. In 2015/16 alone, some 275 536 applications for protection
from domestic violence were lodged with South African courts. According to official crime statistics for 2017/18 financial year, 177 620 social contact crimes were committed against womxn.

Thuthuzela Care Centres are one-stop facilities that provide support to victims of rape and abuse. Not only did the Thuthuzela Centres not get the allocation that the President promised, they have now also lost international donor funding and more than half are without counselling services.

What does this say about how government views womxn in society? Whilst Treasury has demonstrated an ability to respond rapidly to crises at State Owned Enterprises and climate related disasters, when it comes to womxn, there is no sense of urgency and we as activists are given the runaround. What type of behaviour is government endorsing
when it prioritizes corruption induced crises and makes a decision to ignore the pleas of the womxn of this country? Whilst the aforementioned crises do need to be attended to, we wish to remind cabinet that more than half of the population are womxn and the extent of violence directed at us is a crisis that you can no longer ignore.

As Civil Society Organisations, we note that there will not be a special budget speech following the installing of the new Cabinet and the delivery of the State of the Nation Address. We also note that this means that the adjustments to the mandates of departments, particularly those that have been amalgamated, will not be funded
differently until February next year.

If government is serious about addressing the issues of vulnerable people, it must also place focus on the LGBTQIA++ community and sex workers. In confronting the patriarchal system of society, we need to move from a time of failed promises and a lack of accountability towards a more humane society where public officials serve the people in an efficient and effective manner. If this country is ever going to end Gender Based Violence, the state needs to put money towards prevention and other programmes. We commend the President for ensuring that fifty percent of his cabinet comprises womxn. This is a step in the right direction and we trust the beginning of greater
progress towards gender equality in our country.

To successfully combat Gender-based Violence, we agree with the President that we need a multi-departmental effort on the part of government. Gender-based violence is, as the President affirmed in his previous SONA, an urgent national priority that requires the mobilisation of all South Africans and the involvement of all institutions.

As civil society organisations working to advance the rights of womxn, we stand ready to work with the departments mandated to address women’s issues.

Rise Up against gender based violence ActionAid South Africa