In recent years, there has been an alarming increase in the reporting of incidents of crimes against children, especially of sexual abuse. Sexual assault and rape had increased in the past year with rape figures standing at 40,035 and sexual assault at 6 786. The data showed that over 40,035 cases of rape & sexual assault were reported across South Africa in 2018.

The abuser is typically someone known to the child who tries to manipulate the child’s trust and hide the abuse. Such abuse can have a severe impact on the emotional and physiological well-being and development of a child, and its effects may remain for their entire life. Laws alone will never be enough to curb child violence against girls.

Our Rights, Our Safety

Our campaign primarily aims to create awareness among children & young girls to understand and identify the various forms of violence against girls, especially sexual abuse. The campaign also seeks to empower children to speak up and report abuse without fear. While the campaign focuses on empowering children and importantly girls, it also reaches out to teachers, parents, communities, institutions and schools.

It aims to encourage these key stakeholders to commit to building a safe environment for children. The need of the hour is for schools to be proactively involved in child protection and encourage protective behavior among parents.

We, as a community, as parents, as caretakers, as institutions and most importantly, as teachers, should take the responsibility to ensure that children in our care, are safe and secure. Keeping this in mind, we have conceptualised our campaign

Join the campaign and help empower children to speak out against child sexual abuse! Donate R150 monthly to support Our Rights, Our Safety. Your contributions will make a real difference in helping us demand justice and end impunity wherever human rights violations occur. Give the gift of power by donating monthly!

ActionAid South Africa (AASA) continue supporting these schools and expand to two additional provinces to increase the numbers of girls’ lives we aim to change.

What we plan to do

Create a safe learning environment (as defined by girl learners) for the positive learning of the girl child (ages 13 – 17) to ensure that her right to education is fully realised.

We will also work with partners from our previous programme implementation who have a successful track record in working on the sexual violence in school programme. These are namely Xihlobo Xa Ndevu, Thoyandou Violence Empowerment Project and The Teddy Bear Clinic. Each are strong organised partners and are embedded within communities with over thirty years’ experience combined working on issues affecting children. 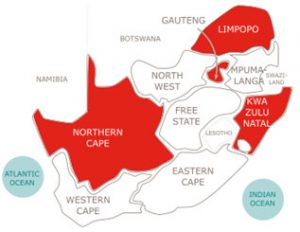 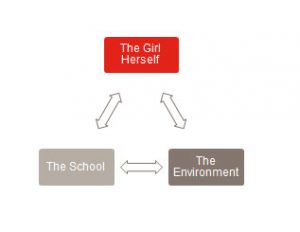 What we’ve done so far

Sexual Violence in Schools South Africa (SeViSSA) is a programme that was implemented by ActionAid South Africa between 2014 and 2019 in 27 schools across the provinces of Limpopo and Gauteng. This programme focus is on empowering girls and establishing systems and protocols that create safe spaces for them to empower one another, learn about their rights against violence and to find solutions to the challenges that they face on a daily basis as learners. The programme also sought to ensure that the school environment was enabled to promote a safe and conducive space for girls to thrive and ensure their right to education is secured. This was done by working with girl learners taking the lead in establishing forums with educators, relevant government stakeholders and community members making it a holistic approach programme.

The link between the realisation of the right to education and violence is inextricable. High levels of violence become deterrents and obstacles to girls fully realising this very necessary right to end the cycle of poverty. One area that violence directly obstructs this is at the school itself. Therefore, the need for a schooling environment free from violence becomes imperative.

Below are some examples of the learnings and successes from our 2019 SeviSSA Programme Evaluation Report:

Girl learners’ academic performance has improved. Improved academic performance could be linked to the finding that girl learners believe that to have equality in the relationships with boys, girls need to be independent. Being independent was further described as encouragement to focus on your studies so that one can earn her own money and not to conform to peer pressure to have a boyfriend to obtain financial benefits. Furthermore, for being independent, respondents proposed the following: “Find jobs” “Exclude money from the relationship” and “Parents to give money to girls so no need to ask from boys”

The SeViSSA program has contributed to increased retention of girls in participating schools. Number of girls dropping out from school because of pregnancy and motherhood has significantly decreased in majority of the schools

By placing the girls in the centre of the project, SeViSSA project has increased girls’ awareness of their value of themselves as equal human beings in relation to boys and men. Girls are observing human rights violations in schools and they are reporting violations to the authorities. Furthermore, girls are observing behaviours of the educators, how they are treating girl learners and responding to reported cases, therefore contributing to the overall safety of the schools and advocacy of women rights.

It is for this reason that an approach to supporting girls’ education through eradicating violence is an important approach. One that is holistic and considers every aspect that contributes to a girl’s education. A key success of the previous implementation was how the project ensured an approach that included educators, external support and the girls themselves at the centre.

Why the Work is Necessary

The 2015 Baseline Survey Report, which was produced before the start of the SeViSSA Programme in Gauteng and Limpopo schools revealed the following disclosure of incidents from learners:

Girls are being bullied by boys during breaks. Boys take food from girls all the time. Girls will not focus in class. Educators should make sure that girls and boys have equal food.” (Female learner, L109)

“Back in 2013 my best friend was raped, and she ended up being a drop-out. She dropped out from school and she is now a non-future girl. The community and the school should have helped her to come back to school.”
(Female learner, L55)

“A learner was in a relationship with an educator. She knew that she will get more marks by agreeing into sleeping with him. She ended up getting more marks in the exam and she passed. I think an educator should always focus in teaching us rather than giving us marks in return for sex.” (Female learner, L103)

“Mostly I saw our teachers hit learners with electricity cables every time. They are at our staff room they also use big sticks and call us names. Other learners drop out of school. Others they come back with blood at their backs.” (Female learner, L37)

“My friend who is 14 years leave school now because she is pregnant. Her boyfriend is also 14 years old. She is now crying because of her mistake, and as her friend it’s touching me. I also learnt that it’s not good to have sex at that age through my friend’s experience. Her boyfriend refused that he is the father of the pregnancy. The two families should sit down with both girl and boy and find the truth.” (Female learner, L1176)

“My best friend was raped; we did not tell anyone.” (Female learner, L555)

“My niece got raped by her cousins and her mom didn’t report nor did she see that she was raped…the child started not to talk and behave like her normal self. The rape was reported and she got help. There should be more security at our hoods/or townships.” (Female learner, L564)

“Physical, people fight and hurt each other, they even want to hurt each other with knife. The guy should have reason before doing it.” (Female learner, L13) 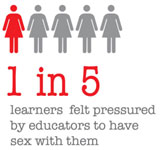 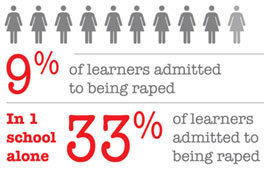 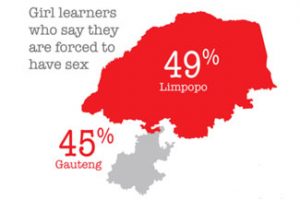 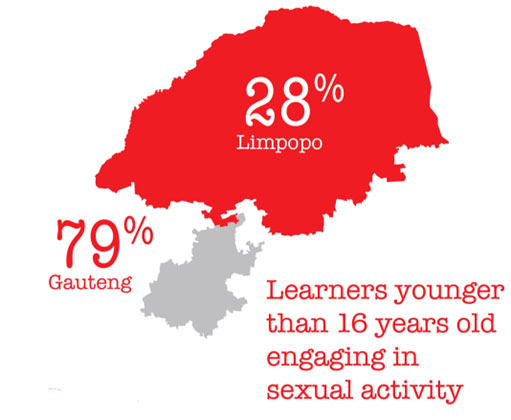 This is an indication of the crisis that South Africa finds itself in that undermines the attainment of internationally accepted educational goals such as, Sustainable Development Goals 4 (Quality Education) and 5 (Gender Equality).

As part of the Baseline Survey Report that AASA conducted in 2015, some the findings were as follows: 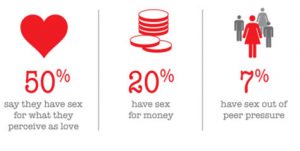 How we will Ensure the Project Achieves its Aims