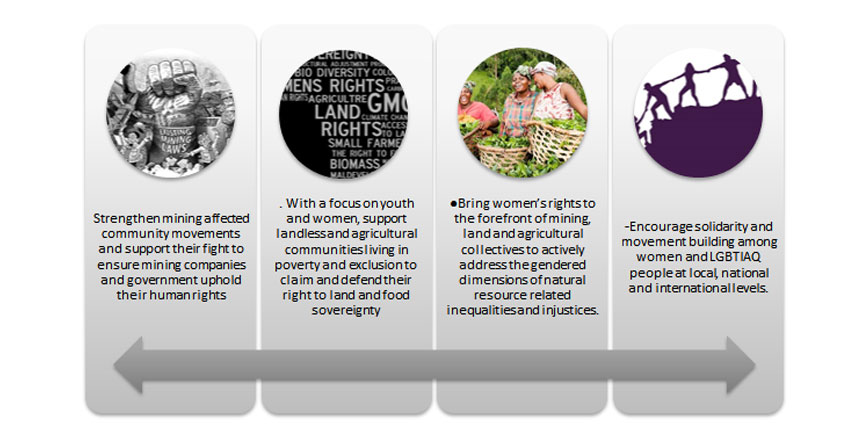 There has historically been unequal access to and ownership of natural resources in South Africa be it land, minerals or water. Monopoly over these fundamental resources continues to remain in the hands of a small number of individuals and corporations. This control is reinforced by violent dispossession, as well as racial and gender exclusions. Not only has post-apartheid South Africa failed to redress these inequalities, but the experience of mining affected communities, landless people, small scale farmers, mine and farm workers has worsened due to a rampant profit driven capitalist system. The people, who bear the brunt of dispossession, environmental damage, a lack of access to natural resources and rights violations, are black womxn.

Over the past four years mining communities have made great strides through the formation of Mining Affected Communities United in Action (MACUA) and womxn Affected by Mining United in Action (WAMUA) strong social movements supported by AASA. However, these structures remain formative and the forces they oppose remain very powerful.

Furthermore, agricultural policies and government investment is biased towards a high input agriculture that does not accommodate smallholder farmers leading to household food insecurity. This situation is further exacerbated by the negative impacts of climate change, leaving poor-resource smallholder farmers with limited economic alternatives, increased vulnerability and poverty. As a result, the food security needs of smallholder womxn farmers, who constitute 70% of smallholder food producers, have been overlooked. AASA strongly believe that access to land and support to small scale production must go hand in hand in addressing rural and urban food insecurity.